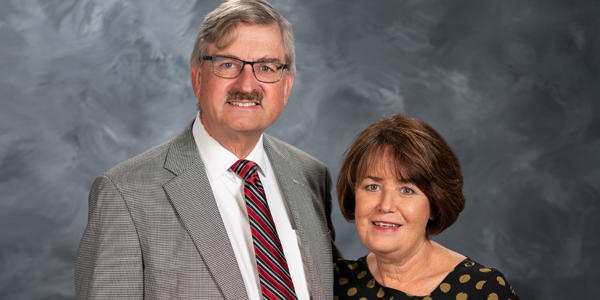 After completing his cardiology fellowship, one of Steve's classmates invited them to join his practice in Hendersonville, North Carolina. Steve and Merle purchased a home and decided to buy the vacant lot adjacent to their new home overlooking their backyard. After their time in North Carolina, Steve's classmate, Virgil Nielson and his wife Karen, reached out to Steve and Merle and invited them to join the Loma Linda University Councilors. The Councilors serve as ambassadors to the community and help further the mission of Loma Linda University Health in significant ways. Steve and Merle did not hesitate to accept this invitation since this group aligned with their values and passion.

After spending 12 years in Hendersonville, Steve and Merle sold their home, but kept the vacant lot. In time, they decided to donate the lot to Loma Linda University Health. The Councilors had been working on a project for Vision 2020 and Steve and Merle had been brainstorming how they could give a gift beyond their available cash. They thought their vacant lot would be a great way to significantly donate towards this project.

When asked about why they decided to give a gift of real estate, Steve and Merle shared, "We believe in the mission of Loma Linda University Health — their heritage and what they're doing in the current medical climate. We believe in supporting the institutions that have helped us get to our professional place in life. We believe so deeply in the mission that we hope this gift can help other people think of ways they can support the organization."

If you would like to learn more about how you can support Loma Linda University Health through a gift of real estate, please contact the Office of Planned Giving at 909-558-4553 or legacy@llu.edu.