US Ambassador's Gift of Shares a Savvy Donor Investment Strategy 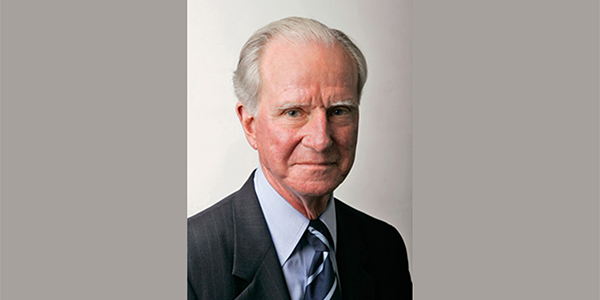 By all accounts, Ambassador Joseph Verner Reed was an outstanding and discerning person. "He was a man of elegance, grace, wit, flamboyance and razor sharp intellect," said David Rockerfeller, chairman of Chase Manhattan Bank, "a diplomat's diplomat." Moving from his position as a vice president of the Chase Manhattan Bank to life as a diplomat, the US ambassador to the United Nations was undersecretary-general of the UN, chief of protocol for President George H.W. Bush, a humanitarian, a loyal member of BOB (the Proton Center's Brotherhood of the Balloon), and a financially-savvy contributor to Proton Therapy Research through the James M. Slater Chair at Loma Linda University Health (LLUH).

"Planned Giving is a well-kept secret in many quarters," said Todd Mekelburg, Director of Planned Giving at LLUH. "Ambassador Reed's example is helping to change that. When a man of the Ambassador's financial experience and discernment chooses to use planned giving methods, people take note. He's a good example of the thoughtful, big-picture donor who explores ways to 'grow' their donation dollar, which Planned Giving methods so often do."

Ambassador Reed's financial acumen and support of the proton therapy research made him the donor of choice to kick off a new education and planned giving awareness "Powerful Strategies" campaign in LLUH's newly-redesigned Scope magazine. Scope is LLUH's alumni magazine.

Ambassador Reed's choice of causes illustrates his foresight. Proton therapy has since become more widely-used, with many institutions modeling their programs on the work of LLUH, and LLUH is expanding its research capabilities. A goal of $50 million for research university-wide is part of its current Vision 2020 Campaign, and includes proton therapy research.

Reed is fondly remembered at LLUH. Dr. Joseph Slater, who heads the Proton Therapy Center, recalls unannounced visits to his office from the ambassador, whom he considered a friend. Ever gracious, Reed's diplomatic comments on the "visual filing system" on Slater's desk made the busy doctor smile. At home, Slater is reminded of Reed's talent for observation by a package of US stamps in collector-worthy condition—a gift from the ambassador when he learned that Slater was a collector.

Why Use Shares to Give?

On the donation side, the gifts of stock used by Reed provide several benefits. These include avoiding capital gains tax on appreciation. At the same time, a tax receipt is issued for the full present value of the stock, and donors take an income tax charitable deduction when they itemize. This can be used to offset other income and further reduce taxes. The key is to have the stock itself gifted in kind to the charity. Typically, the charity will immediately sell the stock and receive more than if the donor had sold the stock and given what was left after tax. See llulegacy.org for more information.

It's a tax-smart gift method worthy of a banker-ambassador.